There are some hotels which are ideal to be able to forget the world, this is the case, at the end of the path, at the end of the Little village of Ayllón. We are north of Segovia, close to the Burgos side of the Duero bank, in a remarkable landscape where the roe live in the juniper, thyme, rosemary and rock tea, strewn hills. And where the limestone adopts capricious shapes, like giant wild mushrooms, at the foot of which is the big house where the rural hotel with spa is located. A good offer of massages, meeting room with a fireplace and a restaurant with a Castilian menu, also with a fireplace as also the living room has. The river Aguisejo, an affluent of the river Duero, rises from the hotel itself. Round the corner from one of the rocks, which make the landscape so special, some griffon vulture’s nest, neighbours of royal owls and vultures, to name some of the singular birds found in the area.

Beatriz, Belén and Pablo make sure we have everything we need. The hotel has 15 rooms, each one with a different decoration, wooden ceiling, land line and without TV, so as to secure a total wellbeing. Some of the rooms have a view onto the limestone rocks, others onto the garden and the hills. The hotel also offers two balneotherapy-spa rooms with hydro massage tubs, three rooms for massages and body treatments, Turkish baths, contrast showers and a swimming pool with Jacuzzi, jets and swan neck hydrotherapy with enormous windows onto the countryside. Amongst the therapies, as well as hydrotherapy, chiropractic sports massage, myofascial and cranio-sacral

There is no mobile phone coverage in the premises, but there are telephones in the rooms and Wi-Fi area.
Hydrotherapy-spa only allowed for over 12 year olds.
No animals admitted.

From October to June: Tuesdays and Wednesdays.
The week before Christmas (open as from the 29th of December) and the third week in May.
Possibility of opening for groups, enquire.

The location is perfect for bird watching. Half an hour away we can visit Montejo de la Vega and the Hoces de Riaza Natural Park, with the largest colony of nesting griffon vultures in Europe. Twenty minutes away we find the Parque Natural del Hayedo de la Tejera Negra. Close by the route along th Aguisejo river and the red and black villages of the Sierra de Ayllón. The hotel rents mountain bikes, so as to make the most of the path along this undulating countryside
ACCESSIBILITY The hotel has an adapted courtesy bathroom, on the ground floor, and a welcoming adapted room. Signalling in Brail, and relief, are placed in different spots around the hotel. The garden and ground floor are comfortable for wheel chairs.

In the restaurant, Castilian and Spanish cuisine, with Rivera del Duero wine bottled and labelled by the hotel itself with the Aldehorno (Segovia) harvest. 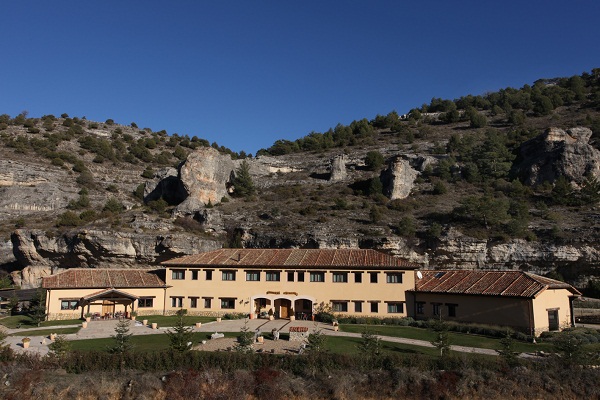 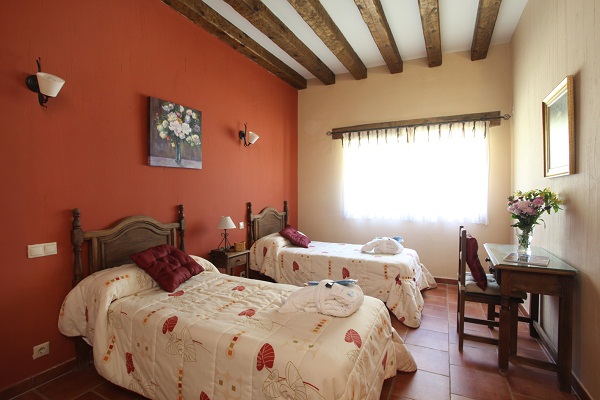 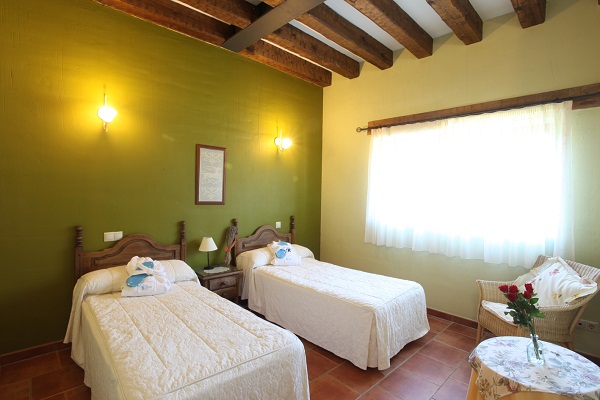 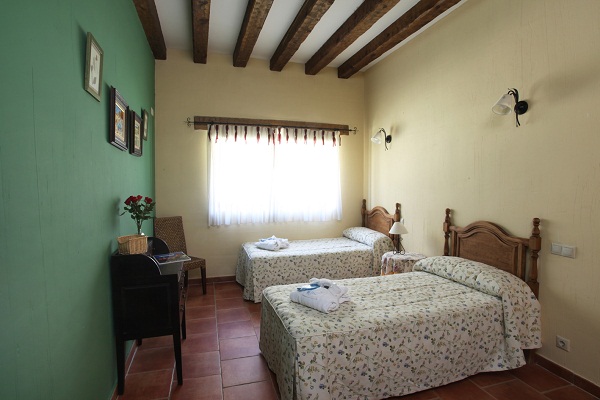 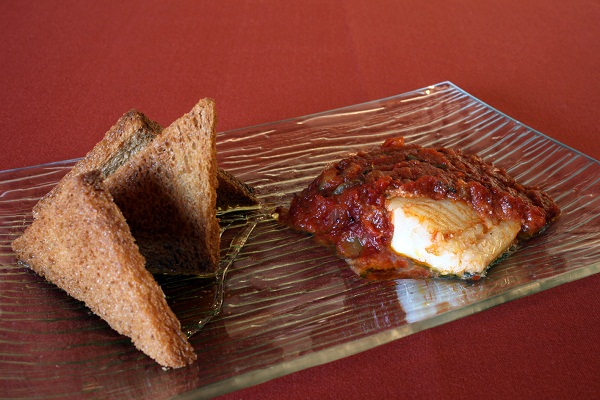 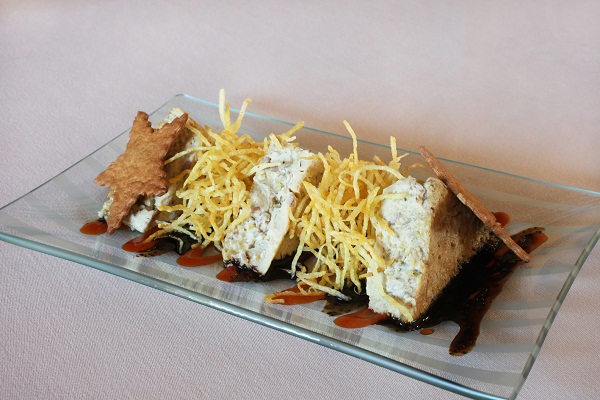 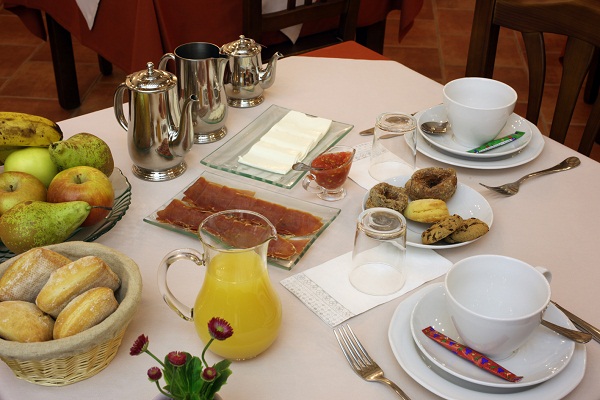 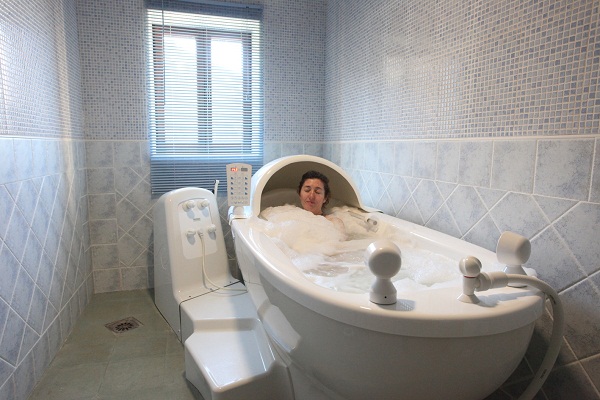 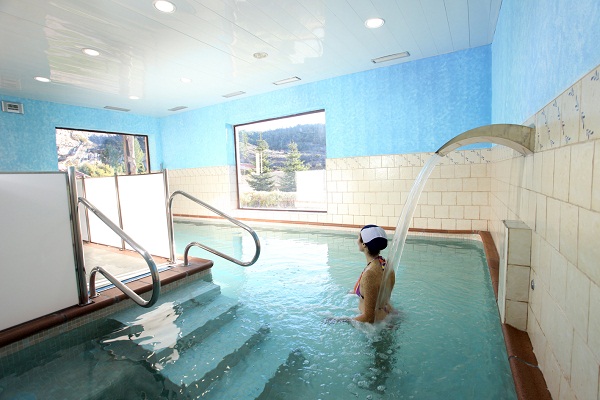 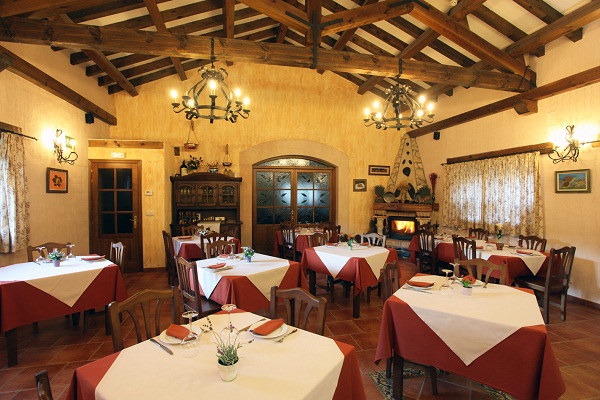 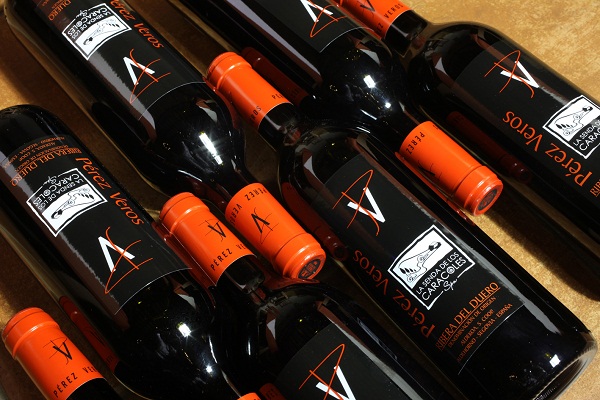 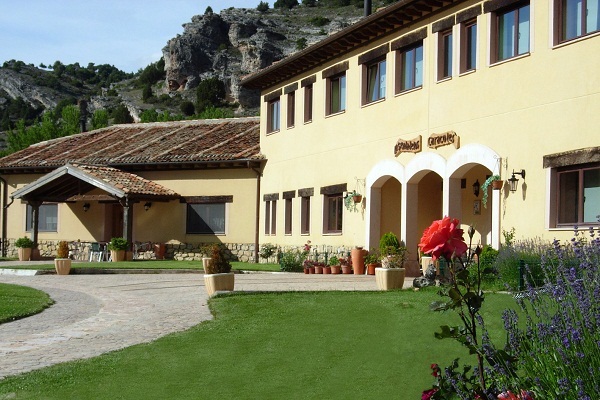