The coast south of Lisbon is an ancestral landscape of cliffs and beaches. Preserved this way thanks to the lack of coastal roads as exist in other disfigured Iberian coasts. To reach each coastal village one has to take the turning off the inland road which takes us to the waves and a plate of mussels.
Heredade de Touril is a four hundred hectares cattle farm and a divine plot of land over the Atlantic with its own beach, turned into a singular hotel. So singular, that it has been chosen Best Rural Hotel of Portugal 2011 in the Lisbon tourism fair. Not surprising, since even the storks that usually nest on church steeples and urban roofs, do so on the small marine islets, a rarity.
The two different atmospheres of the hotel are, the historic building with rooms which have a rustic decoration and terrace around the pool, and the independent houses: On the outside, Alentejan country architecture, indoors vanguard decoration. With the autonomy given to them by the way they are equipped like apartments. In various houses scattered along a path which leads to the beach. A virgin beach, which one reaches going down a slope that may scare off the less adventurous.
Here we are all happy, the children looking for shells in the sand or we, who seek a space for quality, peace and quiet. And the fresh breeze from the Atlantic.

Rooms 80 to 140€. Suites from 130 to 160€. Houses from 150 to 280€, depending on the season. CANCELATION  POLICY The confirmation for a reservation requires a deposit of one night for a three day stay, and 30% of the total value for longer stays. The deposit has to be made 48 hours after our confirmation, at the latest. After this time the reservation we understand is cancelled. New year (30-12 to 3-01), Carnival, Holy week, holidays and bank holidays, are considered high season. The cancelations made  more than 10 days in advance have no cost for the client. Less than 10 days 50% of the total amount of the reservation. The “no show” is liable for 100% of the reservation. CAPACITY 4 rooms, 2 suites, 2 apartment houses with 2 rooms each and 2 apartment houses with 1 room. Maximum capacity in rooms and suites, 3 people. Capacity of the houses 1T, 3 people, 2T, 5 people
Does not close

Because the whole hotel is on the ground floor it is comfortable for clients with reduced mobility, although it does not yet have a room adapted for the wheelchair. Signage embossed and braille in doors of rooms and bathrooms of common areas, and in several points of the room. If you want for your comfort a room adapted to low vision please indicate it when making your reservation.

Activities
The hotel has cross country bicycles for the guests. Water sports in Zambujeira and Vilanova. Vilanovas´ estuary is fantastic to bathe in, because of its clean and slightly warmer waters, and to hire canoes in quiet waters which flow into the Atlantic ocean. Its beaches are virgin and impressive. In the area, horse rental. The walks along footpath over the cliffs are an exercise for mind and body.
Places To Visit
Zambujeira do Mar and Vilanova de Milfontes are two delicious villages with one or two storey white washed houses. Its aspect has not changed much in the last decades and has known how to maintain its relaxed and marine atmosphere. We are in the Natural park of the Sudeste Alentejano and Costa Vicentina.
Books
-Azul Alentejano. By Monica Alí. 21 €. Alfaguara editions, 2007 -Viaje a Potugal.(journey to Portugal) by José Saramago. 12€ Puntuo de lectura, 2007. - Portugal-Blue guide 25€ Gaesa editions, 2009

Cuisine
Heredade do Touril has no restaurants, the proximity to Zambujeira and to Vilnova de Milfontes allows us a great variety of land and sea cuisine. But the hotel offers us sandwiches and simple options for a frugal lunch or dinner.
Typical Products
Ceramics, leather, carpets, Alentejo wines and sausages, cheese. 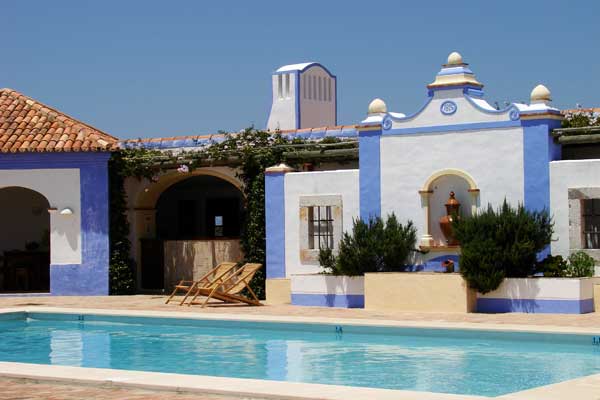 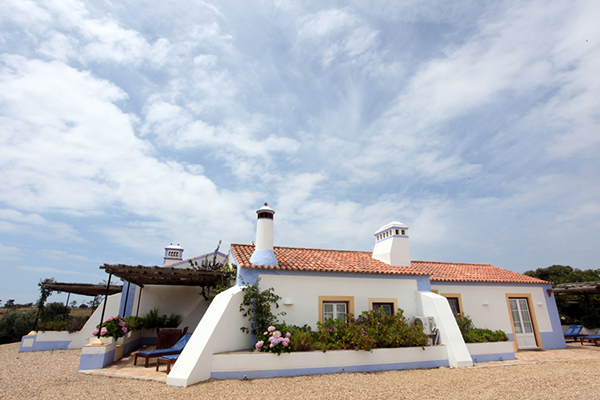 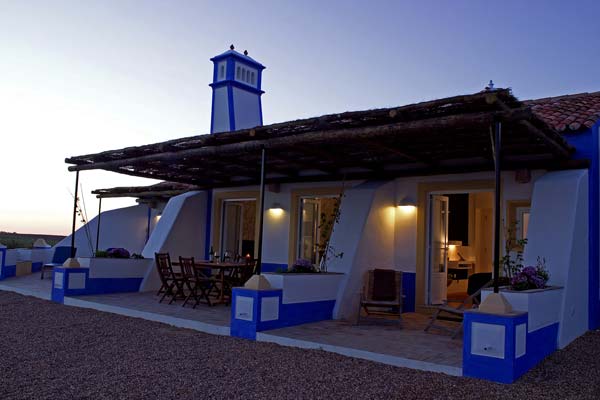 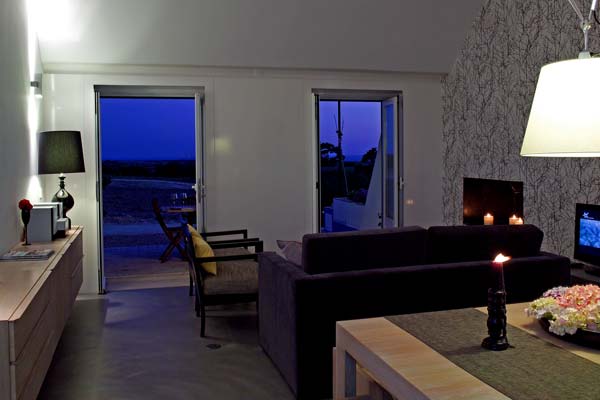 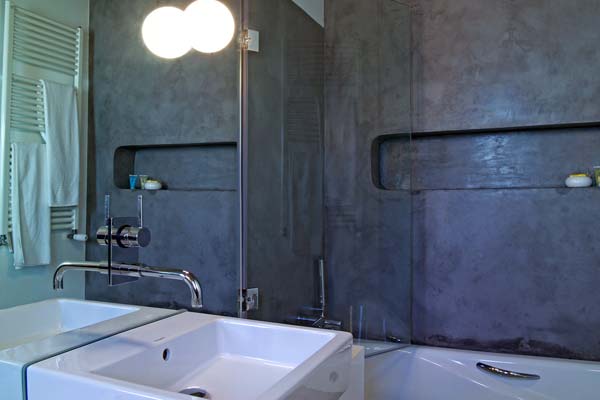 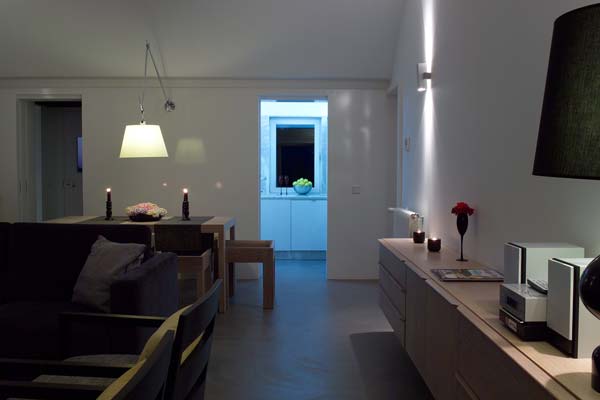 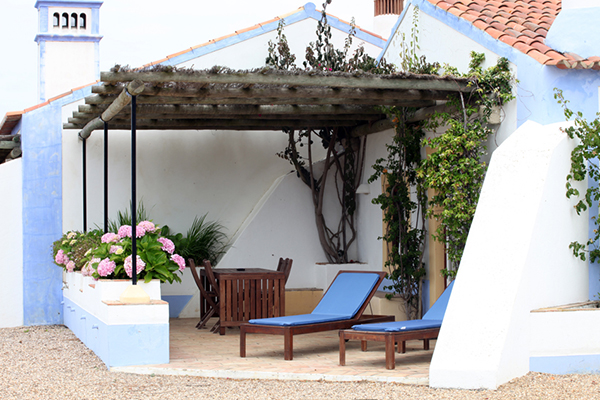 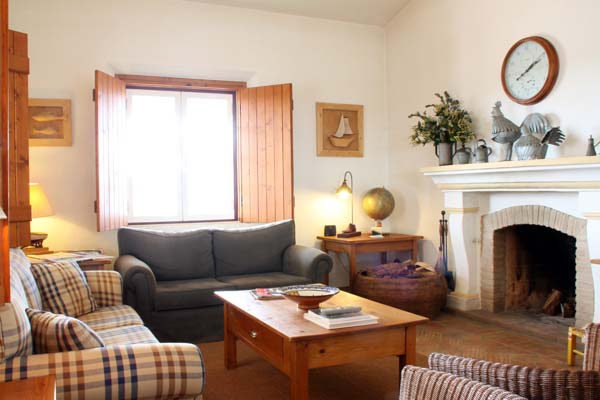 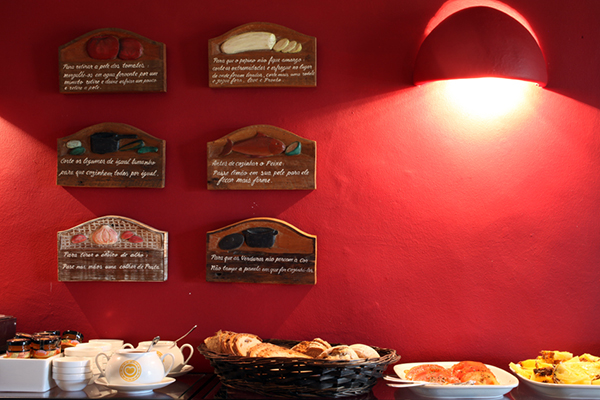 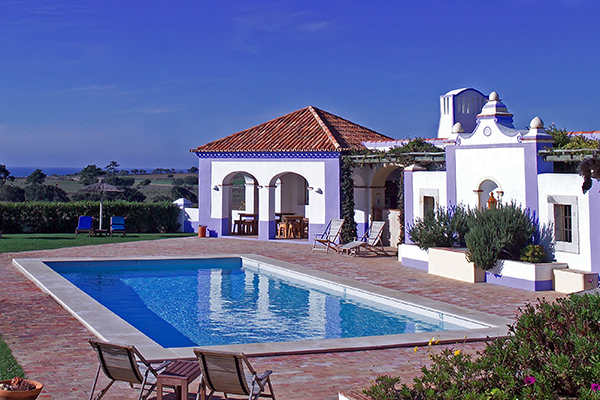 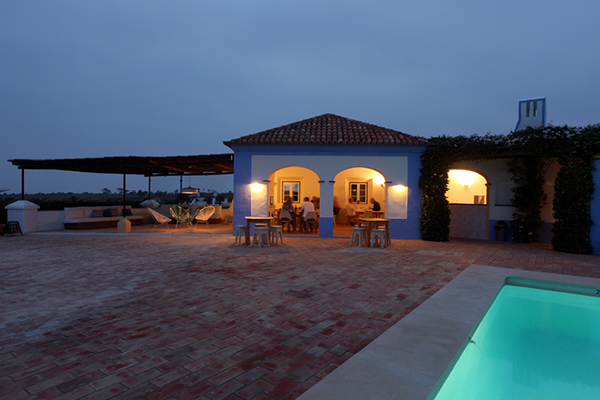 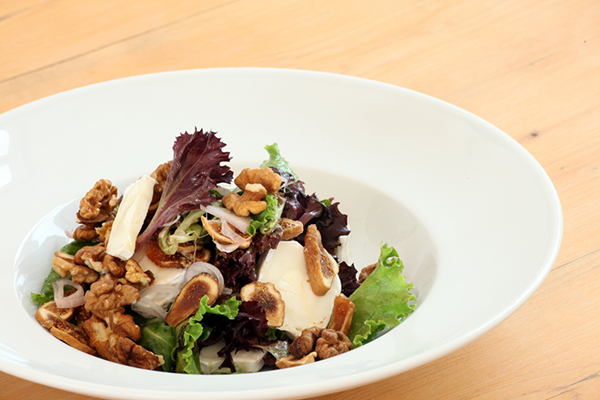 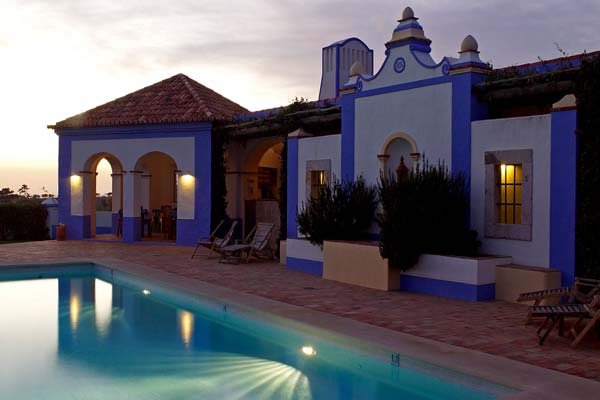 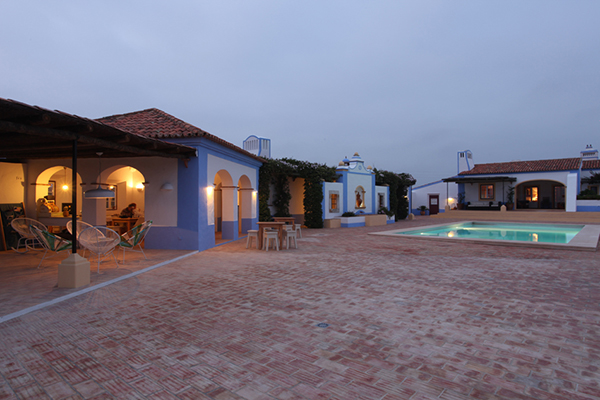 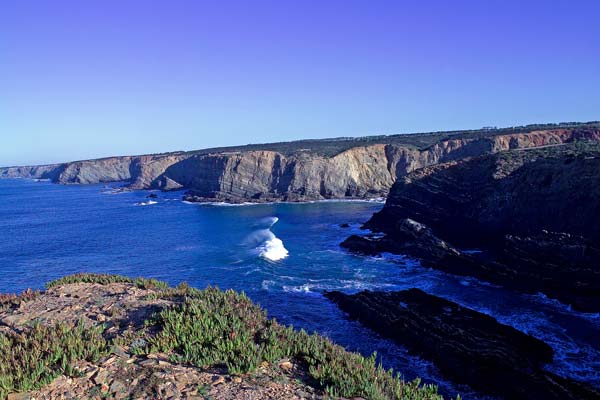 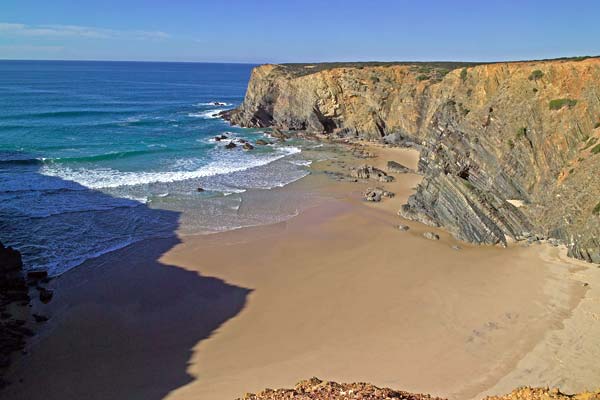 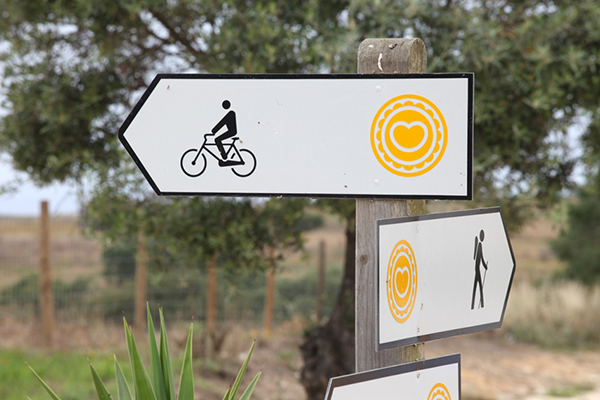 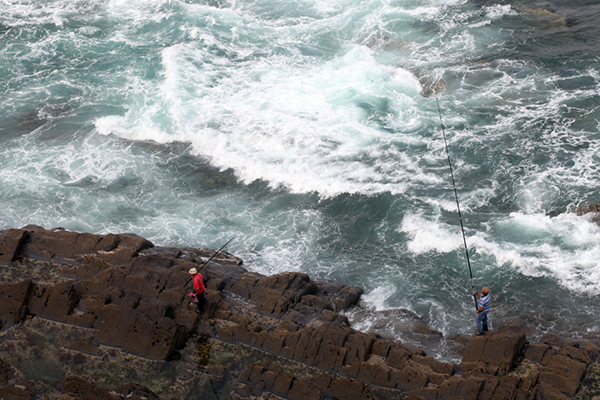 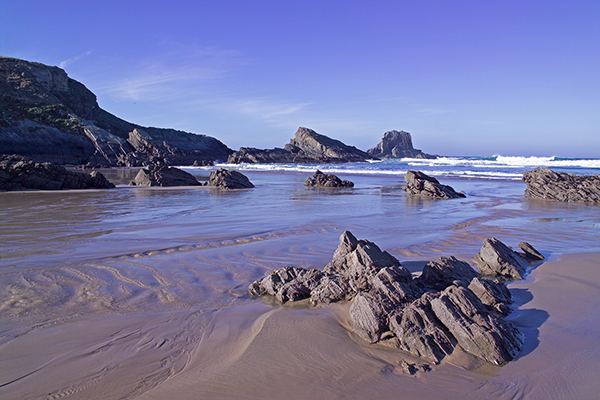 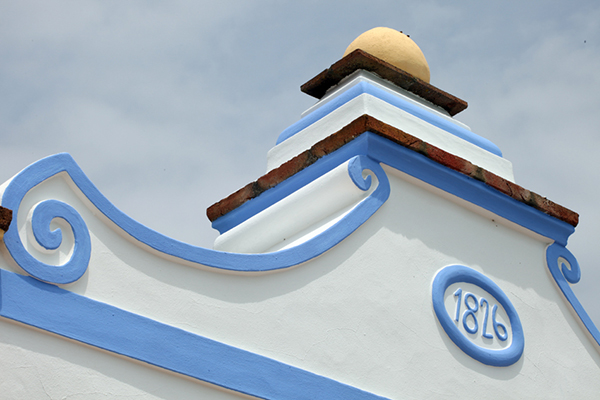 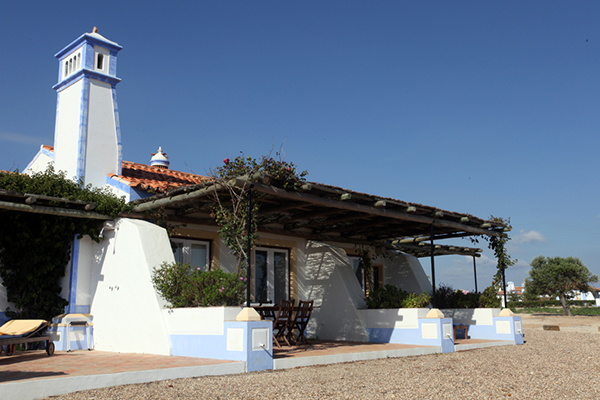 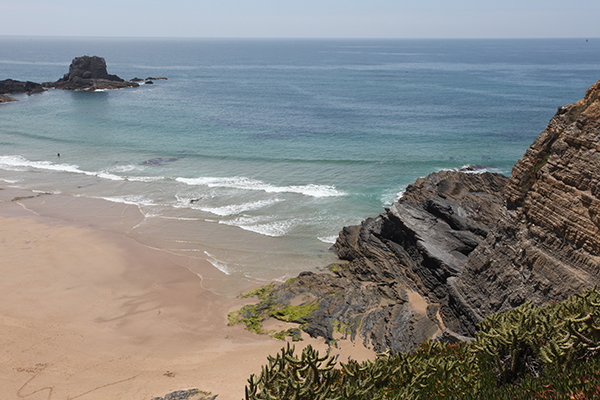