The discreet  Cares-Deva summits, where Asturias becomes Cantabria, hide villages, as prim as Alevia, in which hotels with character form part of the landcape. La casona d´Alevia was Lupes´farthers´home. Exposed on a wall in the hall are all the utensils used for the artisanship trade which he used when he was young. This casona(big house in Asturian) which belong to the association of Asturian Casonas, has been turned into a welcoming hotel, by Lupe, Gregorio and their daughters, which we wish to return to from time to time. Because we are a step away from Cabrales, and another step away from the Picos de Europa and the same distance away from San Vicente de la Barquera, which are three good reasons for returning often.

The stone house has balconies, and a patio in which the shade and loving care allow enormous hortensias to grow. The hospitable rooms suit the view we have from the windows, all the fabrics and furniture in natural tones. Prairie greens, autumn oak browns, earth colours. In the mornings, two heavenly sounds, of thousand cowbells in the distance, well let’s say of hundreds as now days the EU punishes Asturian milk, and the sound of the plates whilst Gregorio prepares breakfast. And like a divine alarm the smell of freshly brewed coffee coming up the stairs and through the door. We have returned to Alevia and must not spend the morning under the sheets. Or maybe, as Gregorio does not mind serving late breakfast. There will be time for some rabas (squid) in San Vicente de la Barquera for dinner, a walk in the afternoon on the Cares. To go up to the Picos de Europa….another day.

The hotel is not apt for wheel chairs. But it has the number of the rooms in relief and the reduced dimensions of it and the calm make it a sensorial space.

Activities
In  Alevia we are a short distance away from the Oriental Asturias and half Cantabria. This area is dominated by prairies and mountains. The Covadonga National park and the Picos de Europa which is the oldest in the network of National Parks are only half an hour away by car. We can visit the Cabrales cheese factory and go for a swim in the San Vicente de la Barquera beaches.
Places To Visit
From the hotel the whole of the oriental Asturias. We are half an hour away from the coast and the Picos de Europa. It is worth while doing a lap of the Cares route, reach cabrales and of course, go up to Covadonga. We are also very close to Cantabria, and a walk at San Vicente de la Barquera in low tide, is a must.
Books
Brujería y supersticiones en Asturias. Ediciones Trea, 1995. Miguel Ignacio ARRIETA GALLASTEGUI. 8€. Arboles notables de Asturias. Nobel, 2004. Francisco VALLE POO. 42€ Rutas por Asturias. Everest, 2002. Francisco Javier CHAO ARANA. 18€.

Cuisine
The hotel only serves breakfasts, and they usually alternate fried eggs and cold cuts depending on the day. Although Gregorio has no problem in altering the order suggested. Jams, butter and milk from the area, local buns accompany us in the living dining room from other times, with its wooden cupboard, lace place mats and white table ware.
Typical Products
Cabrales cheese, local white beans..... 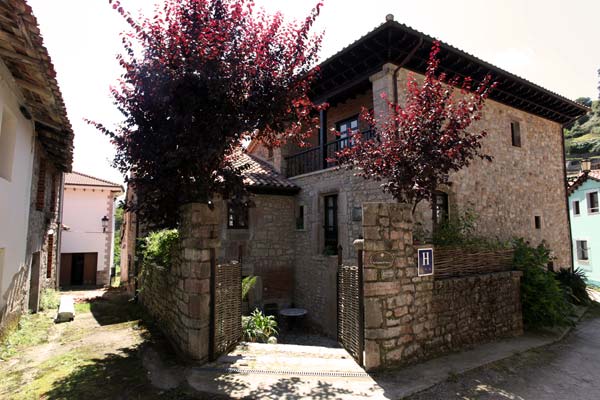 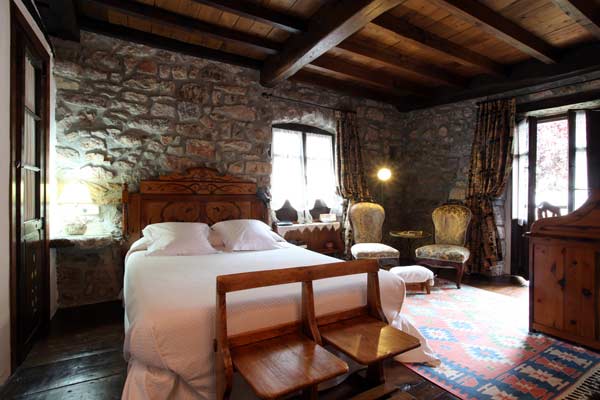 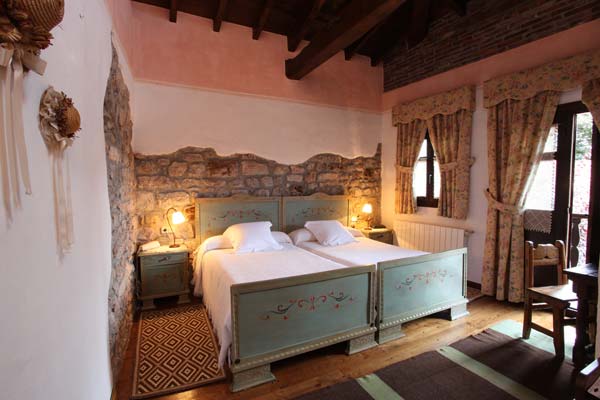 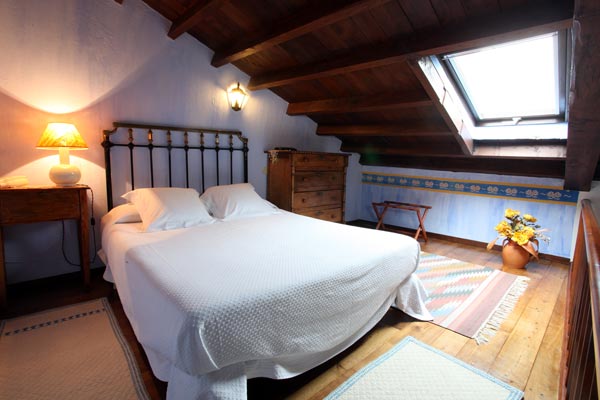 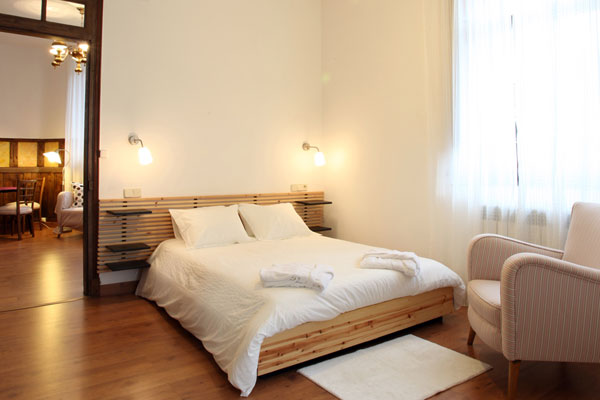 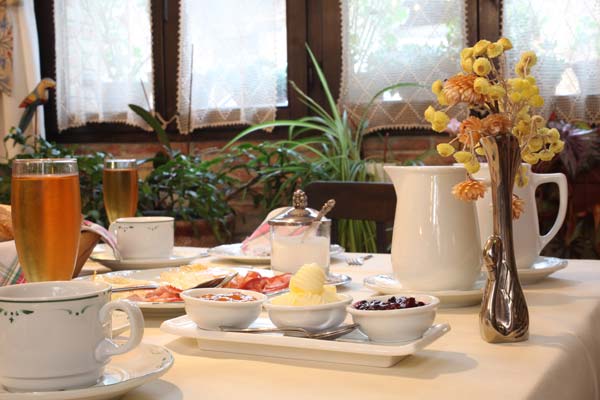 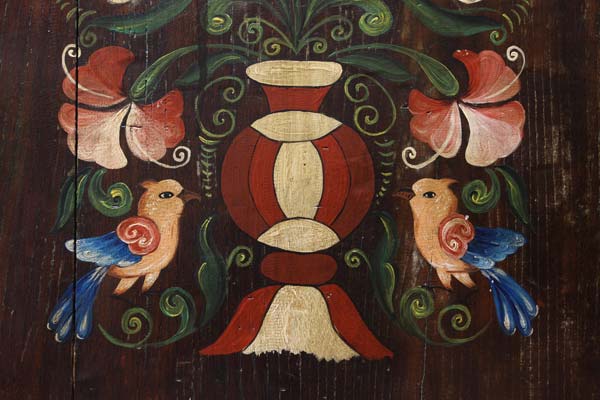 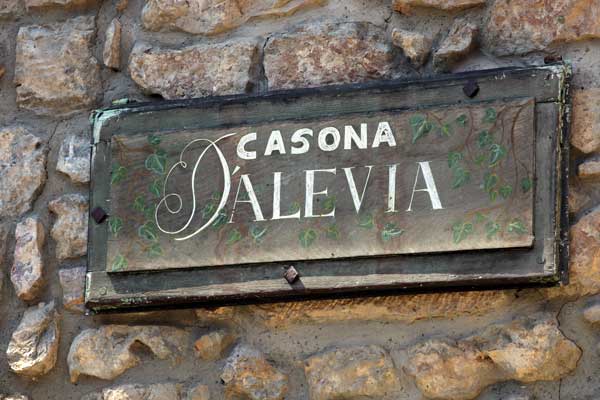 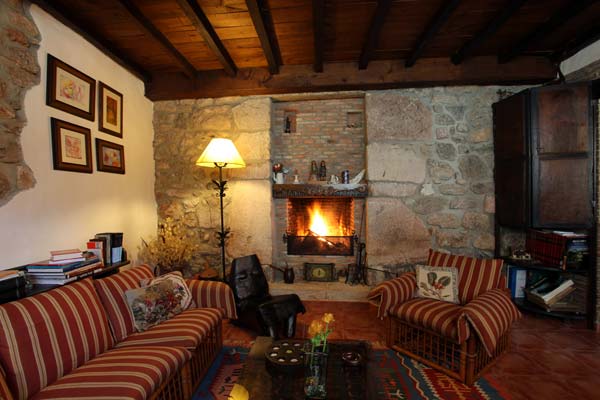