In South Morocco, travelling off the given tracks becomes somewhat adventurous. More adventure. Casa Juan is named this way because Juan Antonio, an outstanding photographer and born adventurer bought a house from a Berber, from which long ago one could see the caravans on their way from sub-saharian Africa, to the Marrakech markets, and the north of Morocco. And it is in a magic place, magic for its genuineness, its silence, free from tourism, between Zagora and the Mahamid dunes, where the tarmac ends. Aït Isfoul is a hamlet in this ecotone which shares the last plains of the Hamada stone desert and the first dunes of the sand dune desert. Children and women carry bundles of fire wood on the way to their adobe houses, between palm trees and sand, a biblical scene. The hotel is of very pleasant simplicity, with adobe walls, fresh windows and lots of colour. Those colours which the further south we go become more intense. Ochre and indigos, whites and greens dominate rooms, bathrooms, and common spaces. Spaces in which the photographs and African art permit one to liberate ones spirit even more. At dusk one can scarcely hear the wind, children laughing and their mothers calling them. An ancestral place.

The hotel surroundings are not apt for wheel chairs but the hotel itself is on the ground floor with no barriers. The hotel employees will help people with reduced mobility to access outings in the desert in four by fours. Because of its silence and dimensions the hotel is a delight to the senses. Since March 2011 the hotel has the signs for bedroom numbers in relief as well as the signs for the communal bathrooms.

Activities
The hotel organises outings around the area and in the whole of Morocco in 4X4. The hotel organises everything as from the arrival of the client in Marrakech airport. One has to visit Zagora on market day, the underground Kasbah in Tamegroute and the Mahmid dunes.
Places To Visit
Erg Laoudi, dunes and villages of Ouled Driss and the old Mahmid.
Books
Lonely Planet guide Morocco 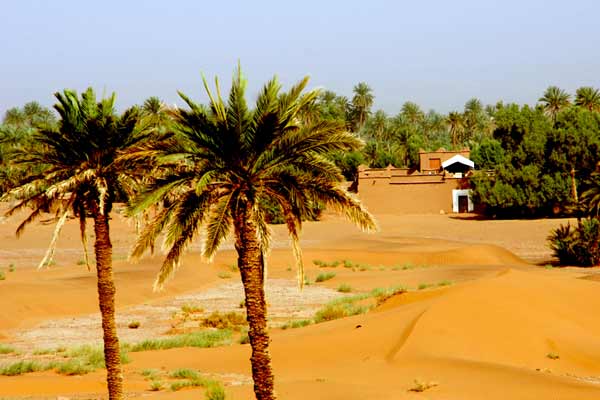 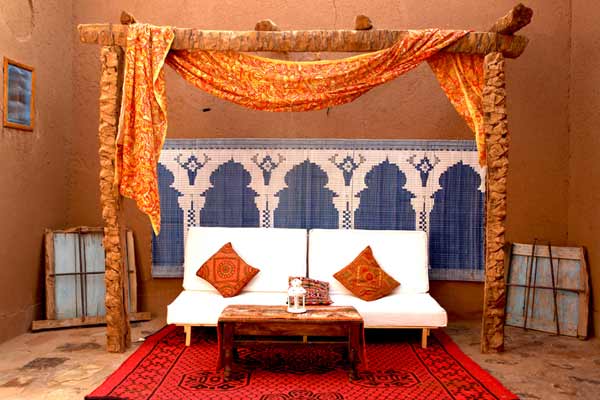 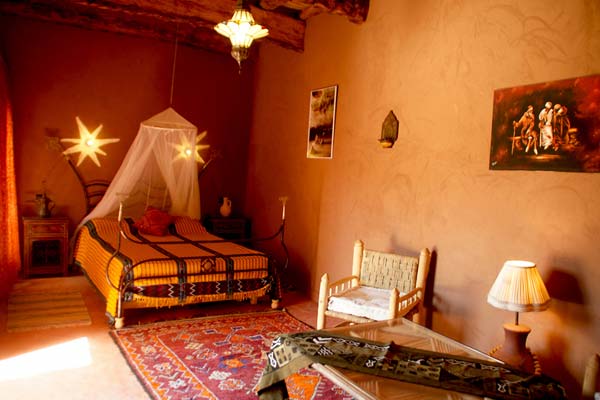 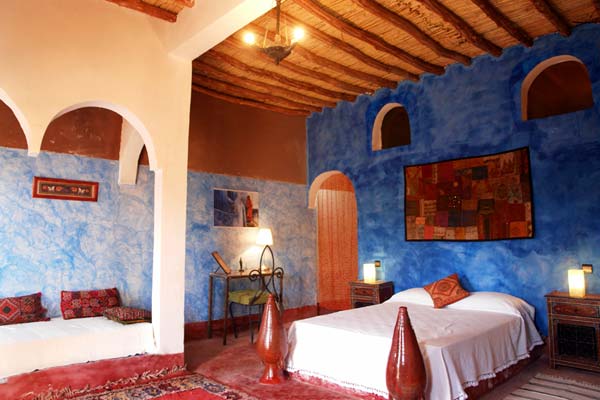 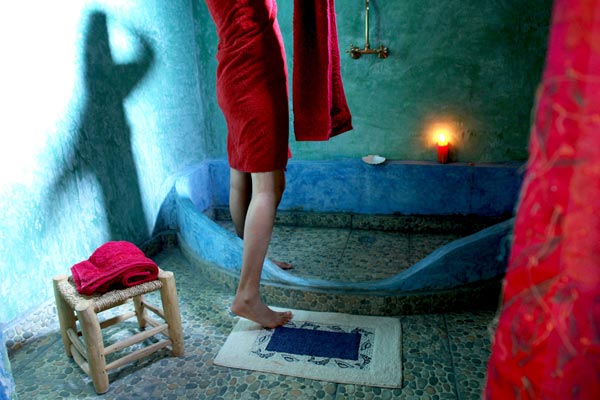 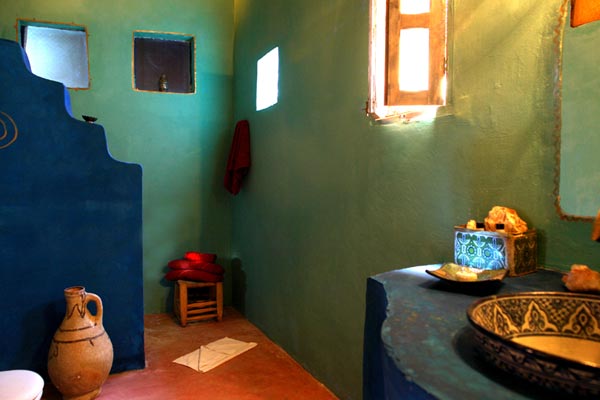